The San Luis Obispo POA issued the following statement about their endorsement of District Attorney Dow: “Dan Dow has been an incredibly effective and trustworthy District Attorney.  We know he is committed to working collaboratively with our agency and law enforcement throughout the County to keep San Luis Obispo safe.  We encourage everyone to join us in supporting Dan Dow’s re-election.”

During Dow’s tenure as DA, Dow and his team of Deputy District Attorneys have successfully achieved justice for thousands of crime victims and their families. San Luis Obispo County continues to maintain its status as one of the safest counties in California. Dow maintains that working collaboratively with the County’s police agencies is an important ingredient in his office’s success.

“I’m overwhelmed by the strong showing of support from so many public safety associations this month. I greatly appreciate their confidence and I look forward to continuing to collaborate with them to keep San Luis Obispo County safe,” noted Dow.

Dow was originally elected District Attorney in 2014. He is a proven prosecutor with a distinguished career that focused on prosecuting domestic violence, sexual assault and child abuse crimes, including homicide where he seeks to bring justice for victims of particularly devastating crimes. Dow is also Army veteran and a bronze star recipient who served in Iraq, Korea and Kosovo.

Dan and his wife Wendy, a local small business owner and reading instructor, have two school aged children. To learn more about Dan Dow and his campaign, visit: DanDow.com.

The large Yes on 6 Bus rolled into Atascadero at about 1:30pm to spectacular weather at the Atascadero Sunken Gardens this October 20th. Carl DeMaio and Konstantinos Roditis, who is... Read More

After meeting with advocates for asylum seekers and visiting an immigration detention center Thursday, Governor-elect Gavin Newsom spoke of the need for greater urgency and support from the state,... Read More 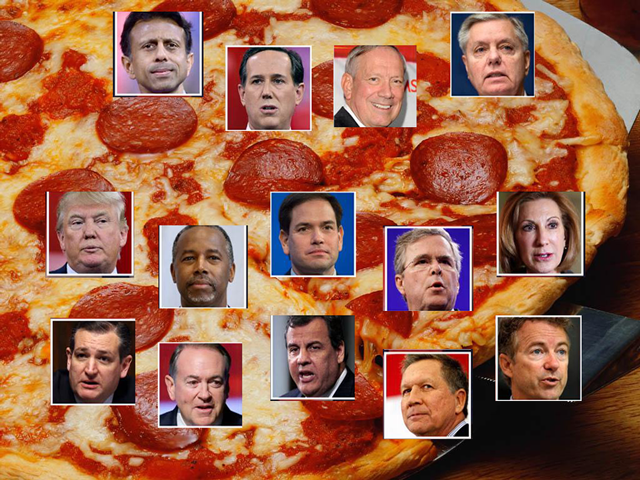 This October 28 at the round table pizza in Atascadero the north county tea party will host a pizza party where members of their organization will facilitate a discussion... Read More