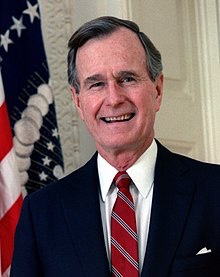 Statement from President Donald J. Trump and First Lady Melania Trump on the Passing of Former President George H.W. Bush was released by the White House offering prayers to the Bush family.

The large Yes on 6 Bus rolled into Atascadero at about 1:30pm to spectacular weather at the Atascadero Sunken Gardens this October 20th. Carl DeMaio and Konstantinos Roditis, who is... Read More

May 14, 2019 http://www.capoliticalreview.com/capoliticalnewsandviews/la-unified-a-gang-that-cant-shoot-straight/ LAUSD is bankrupt.  It signed a union contract it can not pay.  It is demanding a bond from the people of L.A. and that will lose. ... Read More